Ispida Wildlife Productions B.V. is an independent production company, dedicated to create the highest quality of wildlife films. We are an experienced team, striving for excellence in the creation of unique films.

We make productions for television, nature conservation organisations and local authorities. We have produced an award winning, high-end series of three one-hour films for Dutch public television and international distribution: Returning Kestrel, Beaver and Kingfisher. The three films with stunning footage and showing exceptional behaviour, some of it never filmed before, have been aired in over 20 countries worldwide.

Recently we produced the film New Land (Marker Wadden) and were involved in the production of Otter, both films being broadcasted on Dutch public television. Currently we are producing Waves Beneath the Water, a film about wildlife underwater, which will be broadcasted in 2022 and the feature film WOLF.

All our wildlife films are broadcasted on NPO1, the first channel of Dutch public television NPO1.

IWP is working with a flexible team of the best professionals in their field. 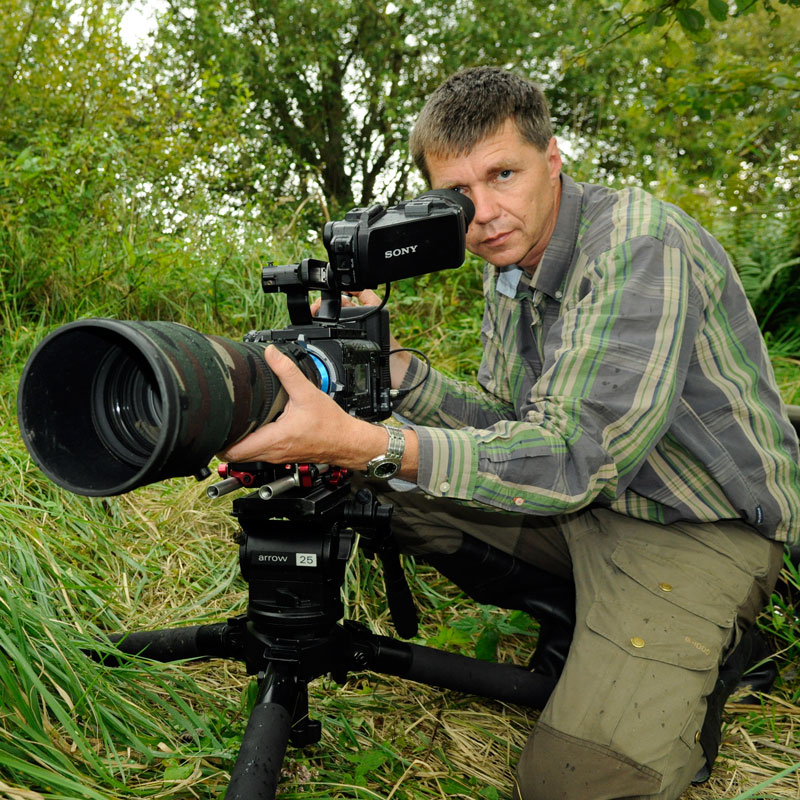 Cees van Kempen (1963) is the founder of IWP. He graduated as Master of Science at the University of Delft and worked in Nigeria, Ethiopia and Indonesia. Here he has gone on to develop his passion for filming. He handed over his consultancy company to start Ispida Wildlife Productions in 2014. With IWP he produced the award winning series 'Returning' and the films 'River King' and 'New Land'. He coproduced 'The Otter' and is currently producing 'Waves Beneath the Water' and the feature film 'Wolf'. 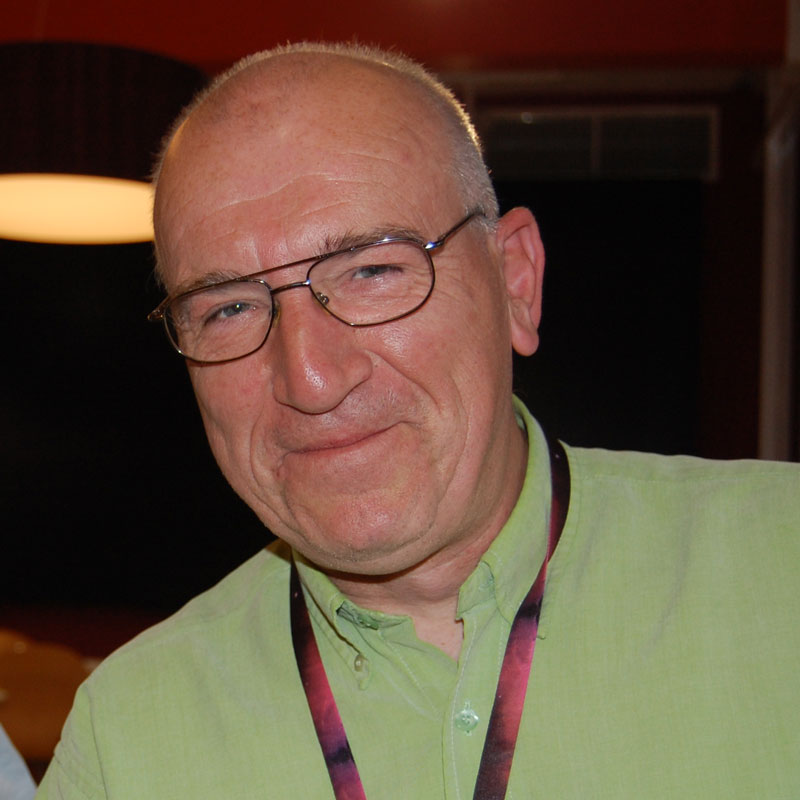 Alan Miller has been directing, writing and editing wildlife documentaries for more than thirty-five years. BBC trained, Alan started editing wildlife programmes at Partridge Films and worked on many of their Wildscreen Panda award winners. He has worked for many companies, including Granada, BBC, NHK Japan and Nature Conservation Films for whom he edited several wildlife feature films. He has written and directed many documentaries and is a recent Wildscreen Panda award-winner. Alan is editor - and more than that - for all IWP productions. 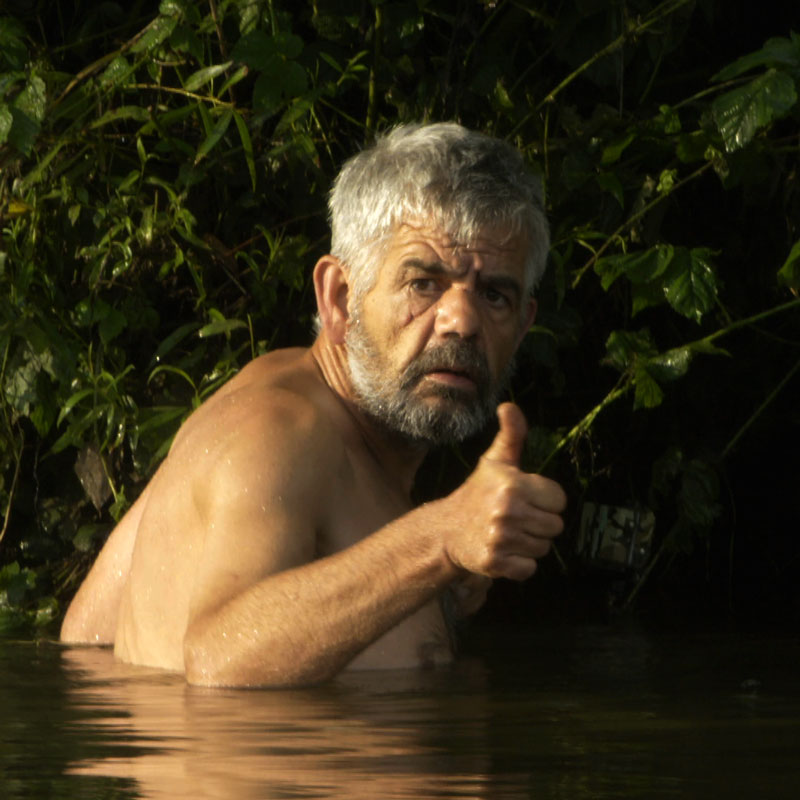 Wim Tegels (1957) studied Nature & Landscape and is an experienced field ecologist. He studied the kingfisher in the decades the bird was almost extinct in The Netherlands, did surveys in the National Parks in Poland and has extensive knowledge of returning species in Europe like the beaver, the lynx and the wolf. Within IWP Wim fulfils a role as ecolist, safeguarding the factual information in our films, studies the behaviour of the animals we film and does the field management of the shoots in specific areas with a high complexity. 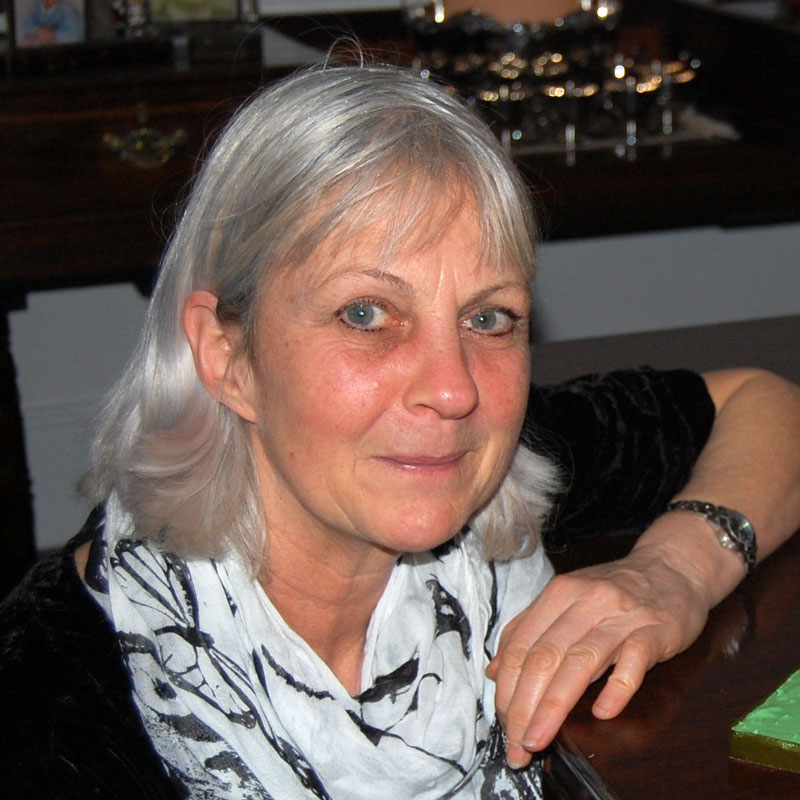 Caroline Brett is a highly experienced and award-winning producer/director. She worked for twenty one years for the prestigious Survival series, making programmes on the ice in Arctic Canada, in the rainforests of Sierra Leone, high on the tundra in Alaska and on a remote Vietnamese island in the South China Sea. She has won several awards including Wildscreen 'Pandas' and 'Rockies' from Jackson Hole. As an invaluable advisor and producer/writer she contributed to the worldwide success of the series ‘Returning’. 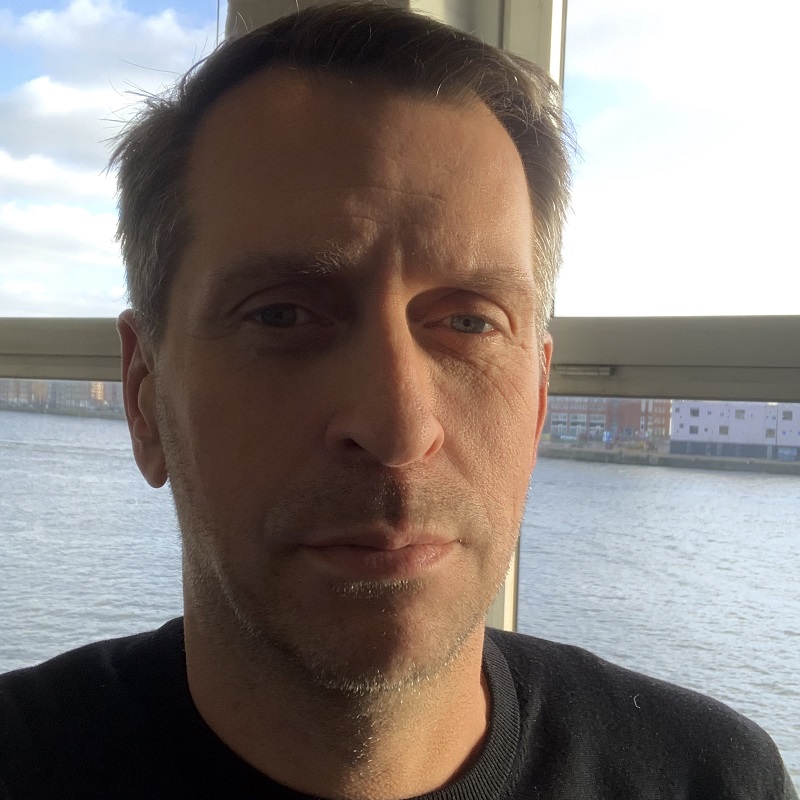 Sander Emmering (1971) was until 2018 CEO of Warner Bros ITVP in Amsterdam, responsible for the management and creative strategy of the Dutch branch of this TV and Film production company. Besides leading the company Sander was strongly involved in the creative development of numerous television programmes and feature films. Currently he is running his own company Arc Media, co-producing several documentaries, factual series and a new scripted series for Dutch TV. Sander is the producer for IWP for the film ‘The Return of the Wolf’.

Maarten Treurniet (1959) is an award winning filmmaker (writer/director). Recent projects as writer/director include ‘The Heineken Kidnapping' starring Rutger Hauer as mr. Heineken and ‘Kenau, heroin of Haarlem’ about the fierce battle for Haarlem led by female legend Kenau in 1572. He is currently developing the feature film ‘Under Water’. With his extensive knowledge and experience in making feature films Maarten brings the story development and the writing of the script of IWP’s production ‘The Return of the Wolf’ to the next level. 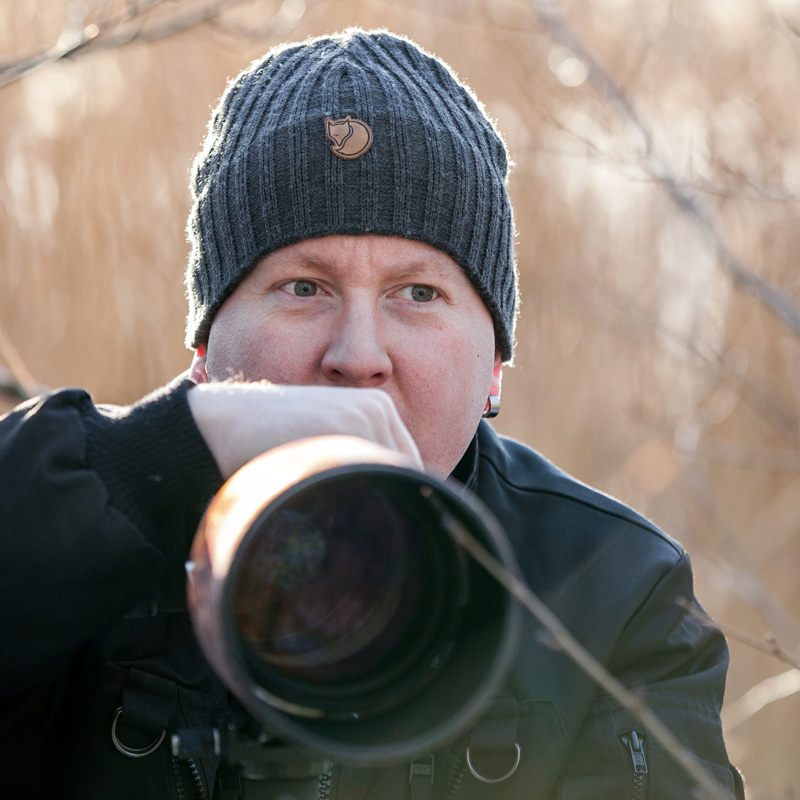 Lennert Piltz (1982) is born and settled in Spremberg, the pearl of Lusatia in eastern Germany. Here he developed his passion for wildlife photography, during his weekly visits of the rivers and lakes in the area. Lennert soon became a well-known speaker, showing and promoting the abundant wildlife in the region with his outstanding photography. Currently he is making a shift towards filmmaking. With his extensive knowledge of the region, the wildlife in general and the wolves in particular Lennert is a valuable cameraman in IWP’s production about the wolf.

Arthur de Bruin has a background as a fish researcher and has extensive knowledge of the European freshwater nature. He is a master in capturing surprising stories beneath the waterline, using his technical insight and advanced techniques for underwater filming. He has contributed to various nature films and TV productions. For IWP, he is active as a freelance underwater filmmaker (www.blikonderwater.nl) for the film about the Marker Wadden and as director of his own film 'Waves Beneath the Water', about the underwater nature in The Netherlands. 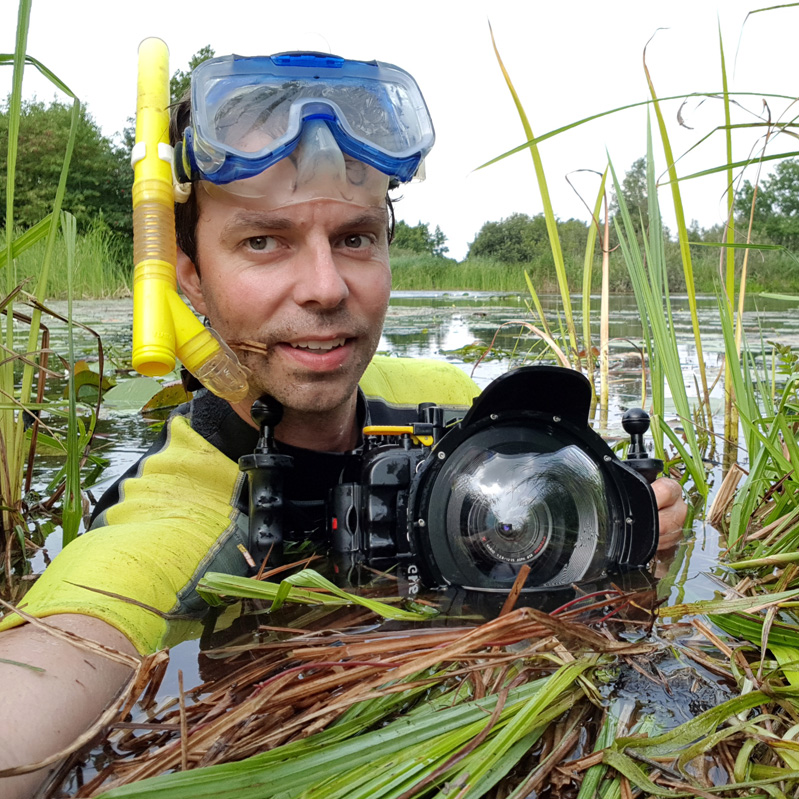 Hilco Jansma (1979) earned his MSc in biology at the Rijksuniversiteit Groningen. Meanwhile he developed his filming skills. In 2014 Hilco started his first fulltime film project ‘Het Noorderplantsoen’. This urban nature documentary was released in 2015 and selected for national and international film festivals such as WFFR, Naturvision, Menigoute, Greenscreen and MAFF. At the latter two his work was awarded an 'Honourable mention'. Besides freelance film work, Hilco recently produced and directed a film about the return of the otter, which was broadcasted on Dutch public television. 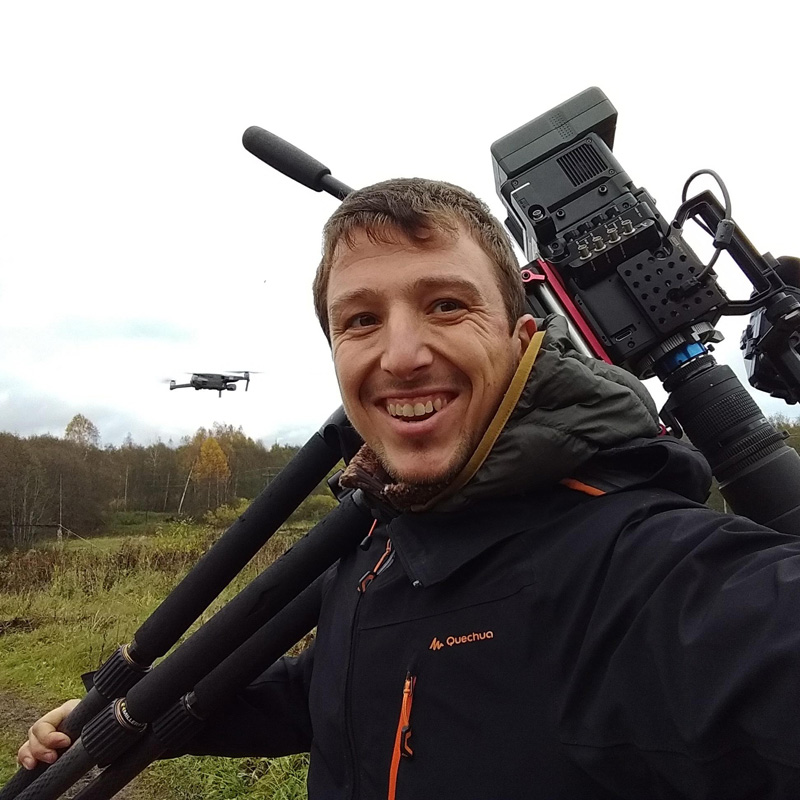 Tim Visser (1987) is a broadly oriented creative person and works as a wildlife cameraman for several IWP productions. He is passionate about nature, filming and concept development. Tim's main specialisation is macro filming, but he sees his biggest strength as a filmmaker in creating visually beautiful scenes with the right emotional vibe. His (experimental) short films are well received on wildlife and conservation film festivals all over the world. He has filmed as a freelance cameraman for several wildlife television shows and feature cinema release films. 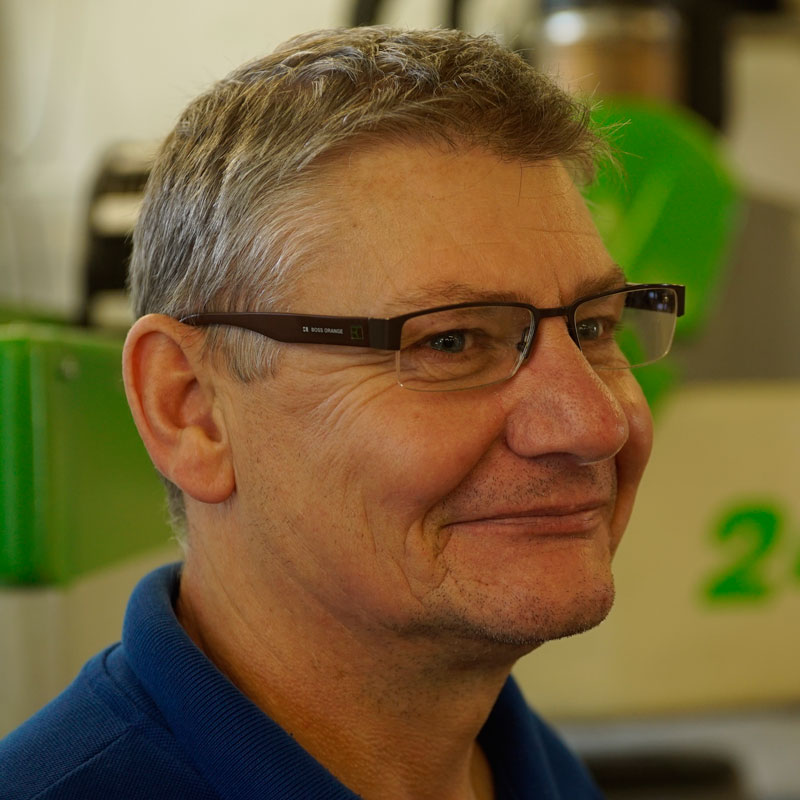 Bob Auty is an engineer specialised in aquatic life. He worked on projects for zoos all over the world, for example the London Aquarium, Bristol Zoo, Shanghai Aquarium in China, Hualien Ocean Park in Taiwan and numerous other projects in Europe, Australia, Asia and South Africa. Bob supports IWP whenever a special set up has to be constructed or complex technical issues have to be solved at filming locations. With the help of Bob we managed to film the birth of badgers underground. 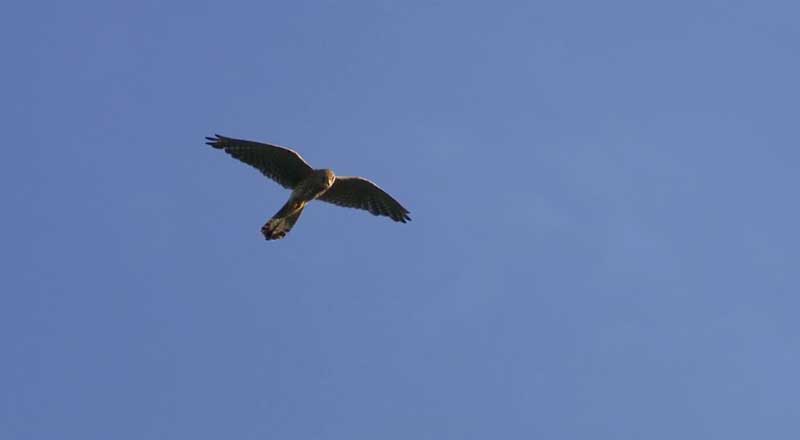 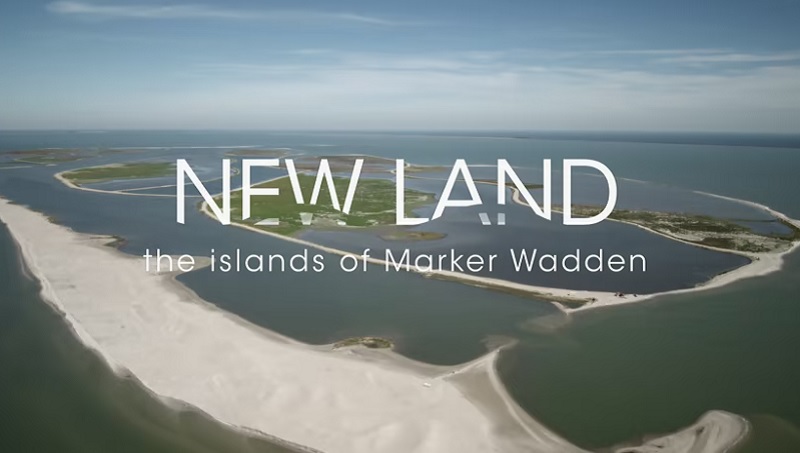 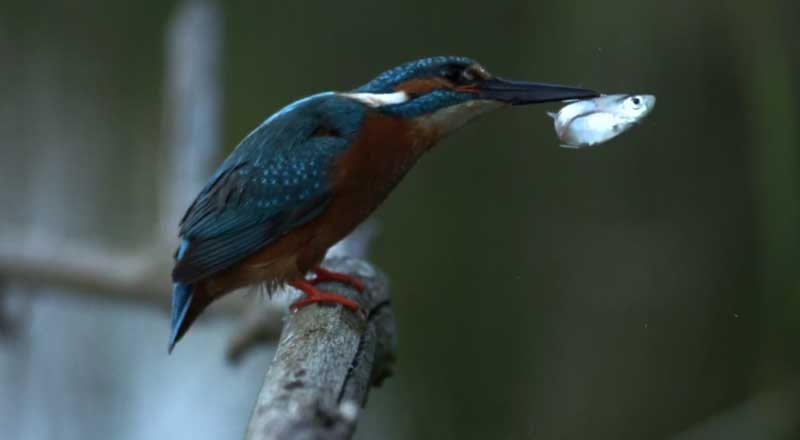 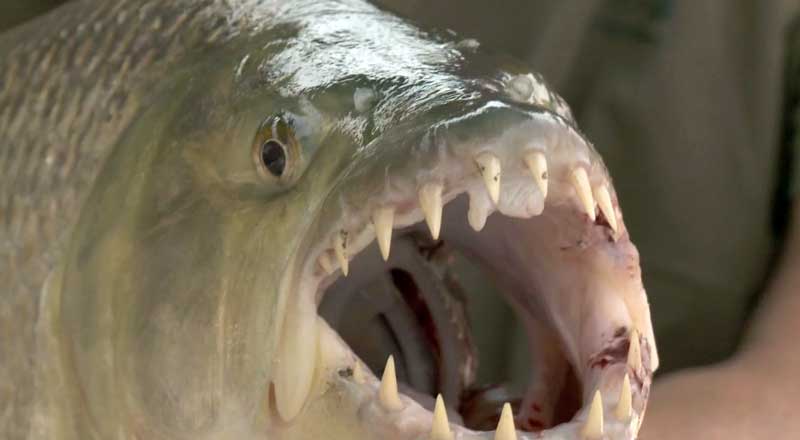 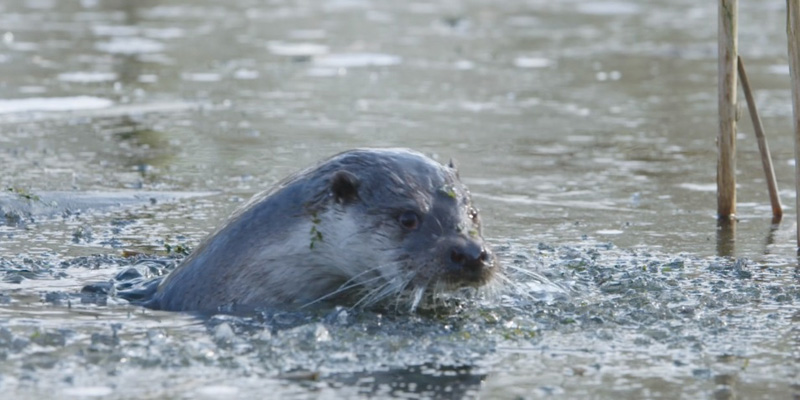 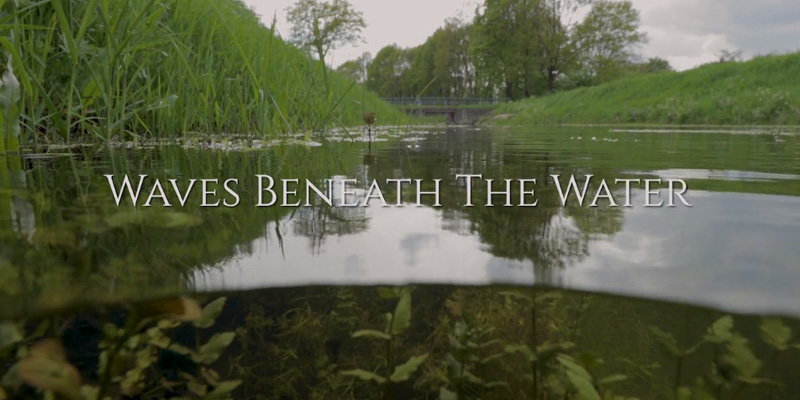 Waves Beneath the Water 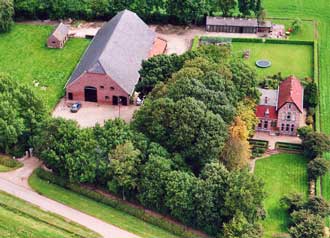 IWP is Dutch based in a beautiful old farmhouse that is designated as a national monument.
Not only is it home to our company, but also to a pair of barn owls that live at the loft above our office.

A pair of kestrels has its roosting place against the façade of the main building and is raising a nest each year in the barn, where we have our office, presentation and editing rooms. These birds and other animals that regularly visit the homestead are our daily inspiration to make the most beautiful productions.